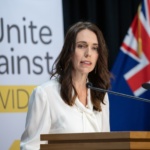 The Covid crisis seems to confirm what policy analysts have argued for some time: female leadership may be more engaged on issues of social equality, sustainability and innovation, making societies more resilient to external shocks. We have run some statistical analyses on available data on the Coronavirus pandemic and a series of dimensions of public health, social progress, basic human needs and economic resilience, with stunning correlations.

Of course, correlation is not causation, but when we look at most female-led governments’ approach to the crisis, we find similar policies that may have made a difference vis-à-vis their male counterparts: they did not underestimate the risks, focused on preventative measures and prioritized long-term social wellbeing over short-term economic considerations.

Taiwan is a case in point, where the government of Prime Minister Tsai Ing-wen built on its previous experience with SARS to immediately introduce targeted measures and medical checks, which massively reduced the risk of an outbreak and therefore made a lockdown unnecessary, unlike in most other East Asian countries, including the equally small Singapore, which instead suffered several waves of contagion. New Zealand’s government of Jacinda Ardern was also prompt in implementing restrictive measures early on, resulting in limited contagion and a much shorter lockdown than neighbouring countries in the Pacific. A similar pattern occurred in Denmark, Norway and Finland, all ruled by women, as opposed to Sweden, where economic considerations trumped health concerns, resulting in the highest death toll per capita in Europe.

Over the past few years, most women-led governments have also placed a stronger emphasis on social and environmental wellbeing, investing more in public health and reducing air pollution (which seems to be closely associated with Covid deaths). Our analysis shows that countries with higher female representation in national parliaments perform better in terms of greenhouse gas emission reduction, air pollution containment and biodiversity conservation. Some of these governments have also launched an international alliance to promote ‘social and ecological wellbeing’ as the cornerstone of their economic policies. These are all important features that make societies more resilient vis-à-vis external shocks.

Confirmed deaths of Covid-19 (left) – Number of days with at least one reported death of Covid-19 (centre) – Peak in daily deaths (right). Source: European Centre for Disease Prevention and Control.

Against this backdrop, it is perhaps unsurprising that women-led countries are also likely to suffer the least from the ensuing economic recession: GDP growth forecasts for 2020 indicate that they will experience a decline lower than 5.5 percent, while countries with male leaders will shrink by over 7 percent.

There is probably not enough hard evidence yet to demonstrate that there is a clear ‘female factor’ at play, but we cannot simply dismiss such stark differences as casual. Some women leaders have understood that placing social and environmental wellbeing at the core of national policymaking has positive effects on society’s resilience and benefits the economy too. It’d be wise for their men colleagues to take note.

How can the UK build back better after covid? Expert panel discussion with MPs

“The time of a wellbeing economy has well and truly arrived”: Scottish Cabinet Secretary