Building back better depends on addressing the divides in our economy 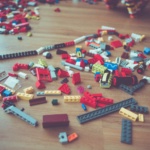 History is being made by the hour. The current crisis is era-defining to that extent that we are soon likely to talk in terms of “pre-covid” and “post-covid”. The decisions being made now by those in power will ripple through the years and determine what kind of society we go on to live in.

The spread of covid-19 shines a light on our economy – its inequalities, power structures and absurdities. The opportunity is to address some of the cleavages between parts of our society by building a wellbeing economy instead of reverting to the same old structures: building back better rather than returning to business as usual.

Covid-19 means that the reality is setting in that ours is an economic system which depends on an army of low paid workers. These are the workers Guy Standing described as the ‘precariat’: without decent security in their work, let alone sufficient pay. Those on zero hour contracts in the gig economy or eking out a living as self-employed, but with little command over the rates or regularity of that work. These are the front-line staff of our hyper-flexible economy where humans are treated as just-in-time inventory just as much as oat milk for the salariat’s flat whites is. The precariat are already the first losing their hours and their jobs as business dwindles – as bars close, as people delay haircuts and as events are cancelled. Without savings, they will be amongst the hardest hit and thus compelled to go into work if the work is there – a form of economic conscription if there ever was one.

It is the precariat who drive the delivery vans keeping the salariat stocked with avocados and hand wipes, who keep the Amazon-orders flowing in, and the Uber-Eats sushi on the table. It is the precariat tending to the frail in nursing homes or stocking the shelves in supermarkets so the rest of society can fill up on necessities while self-isolating.

In contrast, many of the ‘salariat’ (or the ‘proficians’ in Standing’s lexicon) have the relative luxury of moving their work from pot-plant filled offices to online conference calls at home. Lonely? Perhaps, but without the risk of bailiffs chasing unpaid bills so long as salaries are still paid.

Covid-19 is putting into sharp relief the contrast between those with sufficient resources and ‘human capital’ to command a toe-hold in the economy and those who are simply knocked about by taps on an app and the ‘Free Next Day Delivery’ obsession.

Precarious work shouldn’t exist – work should be a route to economic security and sense of purpose. Workers shouldn’t be compelled by economic necessity to work when sick and possibly contagious. Government should do all it can to ensure workers don’t face the choice between spreading covid-19 and being kicked out of their house because they can’t pay the monthly rent or mortgage.

There is a serious risk that, with eyes firmly fixed on a return to ‘business as usual’ beyond the current situation, the first queuing up for bailouts are the very entities which should be powered down in the face of the climate emergency. Meanwhile, those that most need it are left to make do with the already frayed social safety net that masquerades as social protection in the UK these days. Around the world governments are recognising the needs of vulnerable workers – not just the vulnerable elderly. For example, Ireland is paying 203 euros a week to those who lose their job or income or who are self-employed and losing contracts for the next six weeks. The Swedish government is also paying sick pay, rather than putting it at the feet of employers and increasing the amount of cover it provides to short-time workers. Even in Australia – one of the toughest welfare regimes in the OECD – the government is paying $AUD750 tax free to those on benefits and to all pensioners.

Yet these are the sort of measures that are short term amelioration – they help take the edge off an economy that doesn’t do enough to support everyone.

They are also a sign of how far away the current scenario is from a wellbeing economy – one purposed for and hence designed in a way to deliver good lives for people first time around.

The economic activities most needed at times like these are not the glittering cocktail bars and massive concert venues. They are the unglamorous but necessary pillars of the foundational economy – the schools, supermarkets and hospitals that can’t threaten to up and run at the lightest change in the tax system, entities which require considerable labour input and hence offer local jobs. The places prioritising those who need them most, profit or no profit (the supermarket Morrisons’ recent effort being a good example).

Local supply chains are coming into their own as global ones are disrupted by border closures and plane groundings.

And, perhaps most beautifully, covid-19 is showing the importance of community ties and informal support – none of which will do much to boost the usual measures of economic ‘success’ in the form of Gross Domestic Product, but which undeniably will be vital in helping individuals and families survive.

Local supply chains, the foundational economy, and community support in the care economy are three of the pillars we’ll all need to get through it. They are also three pieces of the jigsaw of a wellbeing economy weall need beyond covid-19.

Communities and individuals are stepping up to the challenges presented by covid-19, recognising that we all need each other and prioritising togetherness even as we are forced to be physically apart. As the inequalities in our economic system are laid bare by this crisis, rather than returning to business as usual, countries such as the UK would be well-served to instead build back better by creating a wellbeing economy.

The post Building back better depends on addressing the divides in our economy appeared first on Wellbeing Economy Alliance.