‘What’s the story?’ Crafting narratives for a wellbeing economy 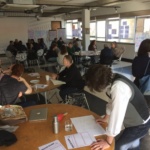 This is an event report from the first in-person workshop of the ‘What’s the Story?’ project, held in London (UK) on Friday 6 March 2020.

‘What’s the Story?’ emerged as a collaborative effort instigated by WEAll and our members the Green Economy Coalition (GEC), and executed by The Spaceship Earth. Its goal is to create the space for new economy stories to spur the co-design of a wellbeing economy. The event in London on March 6 was the first ‘creative design sprint’ in this story crafting process. 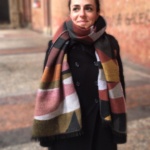 ‘What’s the story?’ by Friday Future Love was an innovative, challenge-based experience to turn thinking into ideas with the participation of a diverse audience including artists, photographers, graphic designers, ad creatives, TV producers and marketers.

As outlined on the day, current issues such as climate and ecological emergency, and rising inequalities are linked by “old stories about our economy, which have given us absurd beliefs, deeply rooted on our culture, that demand unfit policies which sustain those stories”.

So, our economic system on its present form is a real Catch-22. It is urgent, therefore, to have a new approach by “creating new stories, that gives us good beliefs, so we demand proper policies and design a better economy for all life”.

These questions were thoroughly discussed by the attendees who all agreed on the importance of reconnecting with our natural environment, recognising that not only are humans part of nature, but nature is also part of us. It was suggested we should change the rewards mechanisms and find alternatives to our perception of success. For instance, success could be considered to reduce the use of materials, costs and time, to have a 6-hour working day, or achieve building a more local economy.

This discussion led to the next challenge: find new concepts and explore more deeply how these could be formed and communicated.

What would the outcome of this challenge be when creative people are in the same room? New stories, of course!

Imagine a new sci-fi series showing humans connecting with each other and nature by using a chip; a ‘Good Ancestor Fund’, where part of one’s salary could go to converting land into a forest for the benefit of future generations. Think of ‘reclaiming the bank holiday’ when families could spend time together planting trees; the introduction of a parallel pricing system showing the monetary worth of the true value of a product taking into consideration the loss of natural resources. An exhibition where the audience could look back on what went wrong in order to avoid the same actions in the future; a new myth where the tooth fairy does not replace the lost tooth with money, but the tooth has to be planted. Finally, think of a concept when we should ensure that everyone has enough of what is needed, or a dinner where guests represent a certain percentage of the population in terms of economic worth and meals are served proportionately.

All these ideas expressed by this brilliant audience lead to the conclusion that a gathering of like-minded individuals can create fantastic new stories, and Fridays are indeed for people and the planet!

Building momentum for a new economy, place by place – by Liz Zeidler