Wellbeing Economy in the headlines as Wealth of Nations 2.0 event kicks off in Edinburgh 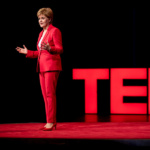 The conference will be addressed by Scotland’s First Minister Nicola Sturgeon and attended by experts and practitioners working to transform the economic system from across Scotland.

Ahead of her speech, Nicola Sturgeon has issued a clear statement that “wellbeing is as important as economic growth” and that Scotland must “redefine what success means”. Read about her commitment to building a wellbeing economy in this BBC coverage.

WEAll’s Katherine Trebeck has written in today’s Herald newspaper about the significance of the conference and the urgent need for governments and all of us to take action in order to transform the economic system. She says that “Scotland also has a role to play on the world stage, demonstrating that humanity can determine economics instead of the other way around.”

In The Times, Head of Oxfam Scotland Jamie Livingstone writes about the injustice of unpaid care, and why valuing caregivers should be a litmus test of whether we are succeeding in building a wellbeing economy. Oxfam Scotland is one of the key partners and sponsors of the Wealth of Nations 2.0 event. Earlier this week they launched important new research into the value of unpaid care in Scotland.

Keep up with the Wealth of Nations 2.0 event as it happens by following @WEAllScotland on Twitter. This page will be updated with further media coverage as it emerges.