Economic growth has decoupled from wellbeing: To save the planet, we need to refocus our politics – guest blog by Frank Martela 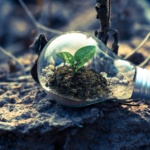 It used to be the case that focusing government efforts to growing the Gross Domestic Product made perfect sense. Post-WWII Finland was a poor and agricultural country devastated by the war where the oldest people still remembered the great famine of 1866-68 when over 100,000 people – over 5 % of the whole population – died of hunger. Against this background, the rapid economic growth that has made Finland one of the richest countries has been a remarkable success story: Not only are Finnish people materially well off and protected from famine but also – according to World Happiness Report – the happiest people in the world in both 2018 and 2019.

However, two key concerns force governments to refocus their aim away from increasing GDP and into measuring and improving human well-being more directly. 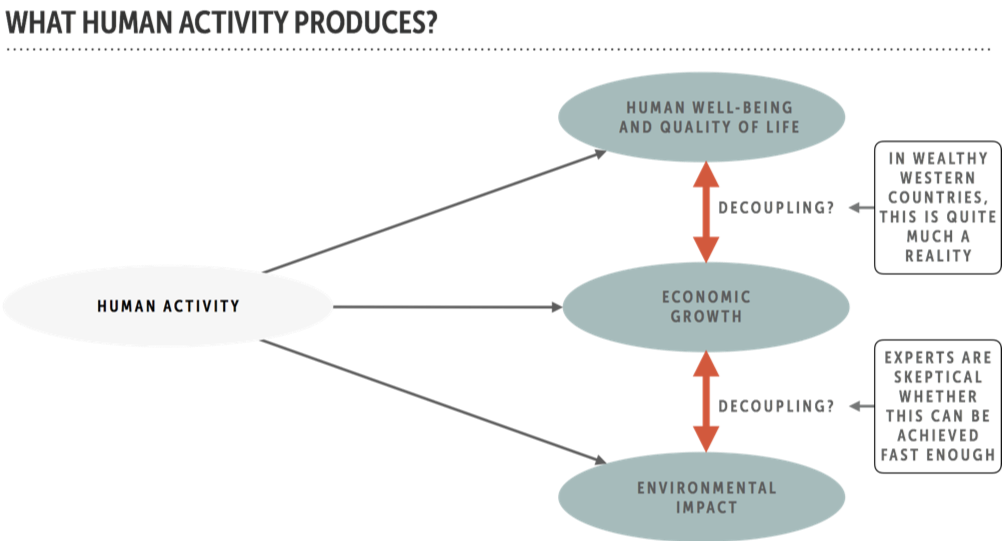 First, for wealthy Western countries, GDP growth no longer produces well-being. In low income countries economic growth often helps to lift people out of poverty, thus contributing to well-being. Money that buys food on the table buys happiness for the family. However, there is a threshold beyond which the needs that money can satisfy are satisfied. And thus money no longer produces happiness – not for countries and not for citizens. As for citizens, a recent study published in Nature Human Behavior utilizing data from 1.7 million individuals from 164 countries demonstrated that beyond annual incomes of $95,000 money no longer contributes to life satisfaction and for experiencing positive emotions, the satiation occurs already at $60,000. As for countries, the wealthy Western countries have passed decades ago the satiation point beyond which pushing for economic growth produces only marginal gains in well-being. If even that.

In the last ten years, the US economy has continued its growth. At the same time citizen happiness and even the average life expectancy of citizens is declining. Since 1999 suicide rate has increased by a third, while drug overdose deaths have quadrupled. The economy is getting better, the citizens are doing worse. Unfortunately, the politicians focusing on the former are blind to the latter, which provides one key explanation for the populist backlash against the establishment that we have seen in recent elections in US, UK, and many other countries.

Second, it is no longer possible to deny the devastating impact of economic growth on our planet. Intergovernmental Panel in Climate Change has made it clear that keeping the global warming below 1.5 C requires rapid globally coordinated action to mitigate the worst-case scenarios. There is currently much talk about whether it is possible to decouple economic growth from environmental impact by taxing emissions, switching to cleaner energy sources, and various technological solutions. Many experts are skeptical about the possibility of achieving decoupling fast enough to allow for ‘green growth’ while still stopping the global warming.

To get there, we need reliable and timely measures of human well-being.

A few decades ago citizen happiness was an impossible policy goal for two reasons: 1) There was not enough reliable annual data that could be used to track how happiness of the citizen is developing within a country. 2) Given the lack of data and subsequent lack of research, there were not many evidence-based policy recommendations that politicians interested in improving citizen happiness could apply.

Fortunately, this is no longer the case. Commissioned by French president Nicolas Sarkozy two Nobel-winning economists, Joseph Stiglitz and Amartya Sen wrote in 2009 a report on broader measures of well-being that initiated a new era. UK Office for National Health started to track citizen well-being extensively in 2010, OECD has tracked the well-being of its member countries since 2011 through its Better Life Index, and World Happiness Report has tracked citizen happiness around the world annually since 2012, with various national efforts to make happiness the key policy goal underway in countries ranging from New Zealand and Scotland to United Arab Emirates.

This has led to an explosion of research on how various institutions and policies affect citizen well-being, demonstrating, for example, the importance of social trust, rule of law and low corruption, and the extensiveness of welfare benefits and labor market regulation for citizen happiness.

Finally, we have the tools and measures in place that make it possible to realize the true aim of every democratic government, as articulated already by Thomas Jefferson in 1809: “The care of human life and happiness, and not their destruction, is the only legitimate object of government.”

So, if we want to still save the planet and if we believe that the true object of governments ought to be improving the well-being of citizens in a sustainable way, then now is the time for paradigm shift: Instead of tracking GDP growth as the prime measure of government success, we need to track citizen well-being more directly.

Achieving this paradigm shift requires action from us all: Media should use as much space to report well-being metrics as they now use to report economic metrics and hold politicians accountable for shifts in people’s life satisfaction. Political decision-making should become two-dimensional: Assessing both the economic and well-being impact of policy proposals ought to be a routine part of all policy-making (see figure above). And we, as citizens, should be mindful in our voting decisions and push for our representatives to take the issue of citizen happiness seriously.

Time is running out. Blind economic growth for the sake of economic growth is pushing us beyond planetary boundaries – often without contributing to our well-being. It is time for well-being economics and well-being politics that ensures that economy serves people and their happiness, not the other way around.

Photo by Singkham for Pexels

The post Economic growth has decoupled from wellbeing: To save the planet, we need to refocus our politics – guest blog by Frank Martela appeared first on Wellbeing Economy Alliance.