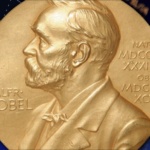 Our economic system is driving us towards a perfect storm. We are facing ecological breakdown. Rising debt is threatening a new financial crash. Inequality is pulling societies apart.

WEAll member Promoting Economic Pluralism (PEP) is challenging the scientific prestige of the Nobel Prize, which for 50 years has given authority to economic ideas at the heart of this system. And even though the stark consequences of the 2008 financial crisis are still felt today, these out-dated ideas remain dominant.

We urgently need to reroute society away from this catastrophic path. That starts with fresh economic thinking.

Who are the thinkers and doers finding the economic solutions we need to meet the challenges of the 21st century? Help PEP find them and celebrate them.

And join the discussion about whether economics, as it stands today, is worthy of a Nobel Prize.

Find our more about the Nobel Prize in Economics and its influence in PEP’s blog here.

You can now get go to the new online platform here where you can nominate, discuss and vote on who you think are providing the thinking and action we need for the 21st century.

Voting for the three finalists for the Not the Nobel Prize will open on 23rd September.

The winner of the Not the Nobel Prize 2019 will be announced at an event in London on Thursday 3rd October between 7pm and 8pm (GMT/UT). This will follow a panel discussion of the finalists. It will be live-streamed around the world.